A one-year-old Anatolian Shepherd named Kolima was born with wobbler syndrome, a spinal condition that makes it painful to stand. Since she has to spend most of the day crouching or lying, she can’t run and play all the time as the other dogs do. But thankfully, she has a friend to come to her: a six-year-old donkey named Paolo. See their adorable relationship below. 🙂 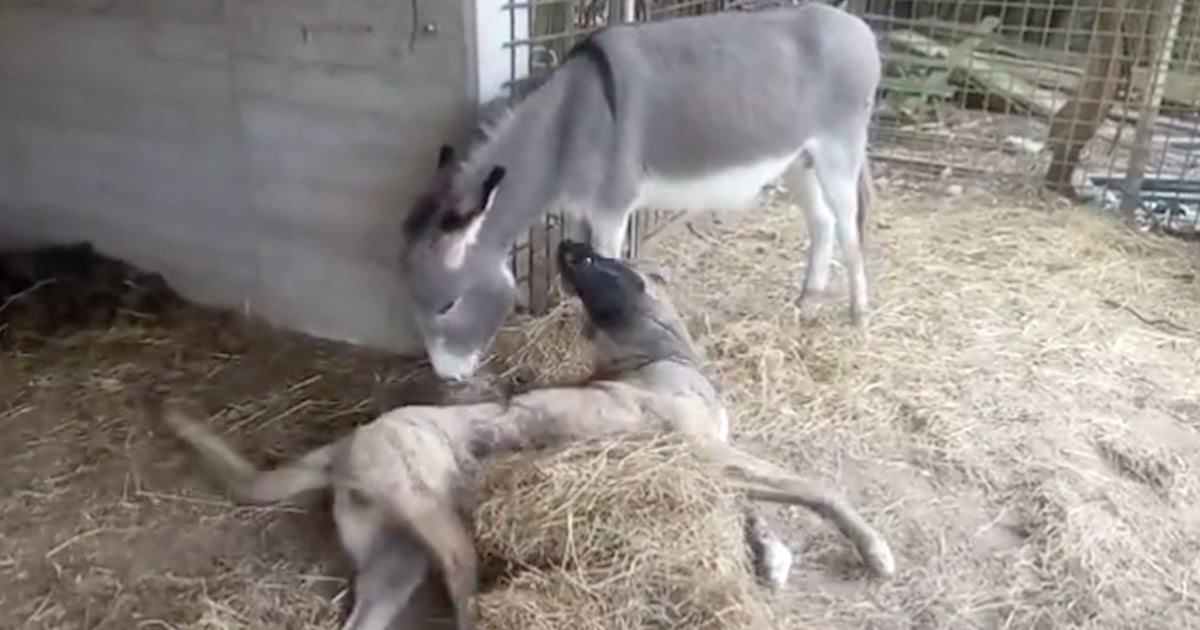 “I thought I adopted a puppy,” the owner said. “But every day it becomes clearer that she was adopted by my donkey.”