Unfortunately, many abandoned dogs are found every year living in trash and doing what they can to survive on their own on the streets. But when a dog was seen literally inside of a trash can, people couldn’t believe their eyes. 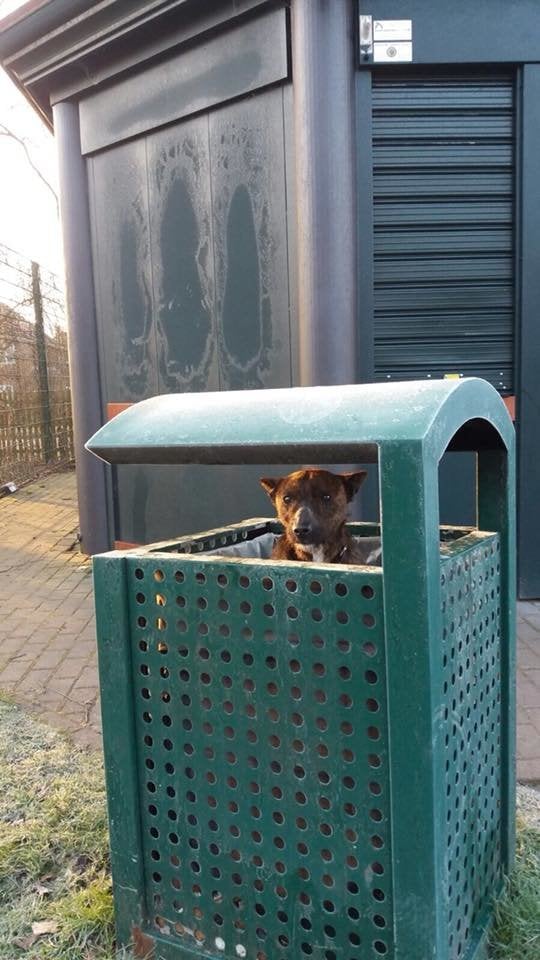 The sad dog was shivering and all alone. Thankfully, Birmingham Dogs Home in England was alerted by an employee at the city park where the pup was found. The rescuers’ hearts sank when they saw the poor thing. No one knows if the dog was placed inside the trash can or if he somehow managed to get in there himself, but he needed help. Everything was about to change for the lonely dog. The 18-month-old pup didn’t have a microchip, and no one knew how long he’d been living as a stray, but a little bit of good luck had finally come his way. Instead of living in that cold trash can, the dog is now in the care of Birmingham Dogs Home and enjoying their underfloor heating. His spirits are up now that he’s around some people who love him.

“Here is our little soldier enjoying the snow today. It was quite chilly so we didn’t keep him out too long without a coat on. Quite a change from where he was on Friday,” they wrote as the caption for the video below. Look at him go!

We’re so glad he’s in good hands now! He’s already come such a long way since the day he was found. 🙂

For up to date information on this rescued pup’s progress, visit Birmingham Dogs Home on Facebook.