A little dog finds himself stuck up on the table on the swing, and he needs some help. And that help was about to arrive in the form of a buddy who’s been there and done that! Watch as the dog friend comes and shows the pup the way. 🙂 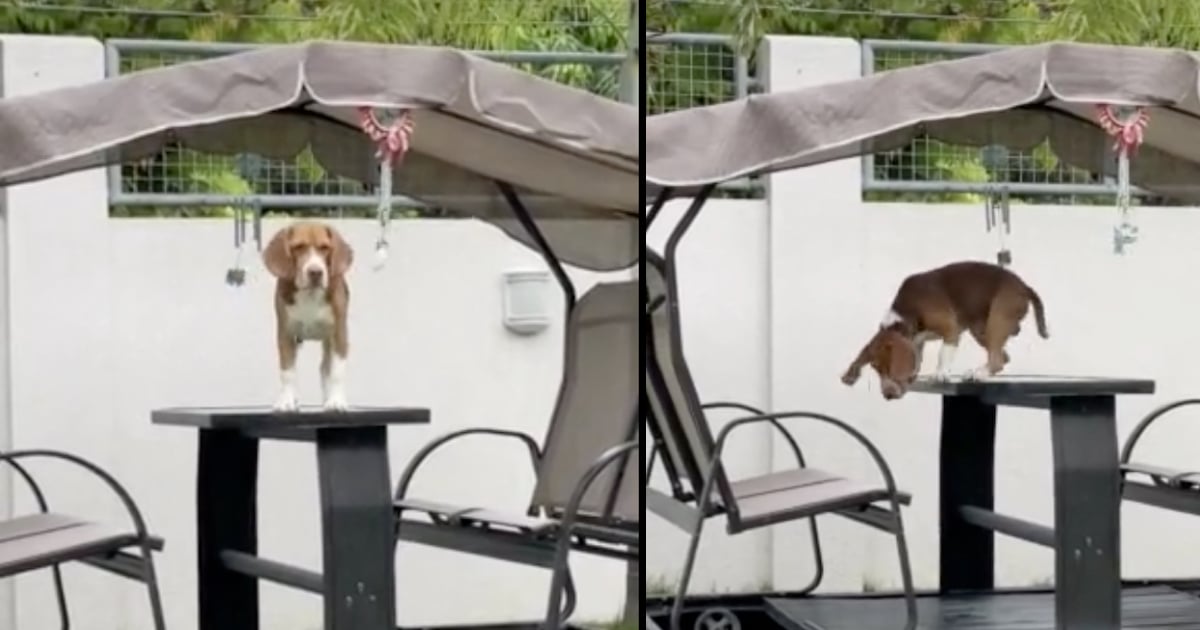 The owner had this to say to Rumble: “My dogs love having out on the swing with me but even though they like hanging out on the top of the table, the brown one is still a little bit scared of going down on his own after being guided several times. I didn’t want to baby him and I wanted them to be brave so I just let him do this one on his own. Seeing him have a hard time, his buddy came to the rescue and tried to give him support. These two are inseparable and their bond is just so strong.”