Josh Judge‘s weather forecast was interrupted in an unexpected but adorable way. As a weatherman, he may be able to predict the weather, but he didn’t see this coming! The meteorologist for WMUR-TV in New Hampshire was in the middle of his report when something caught his eye. 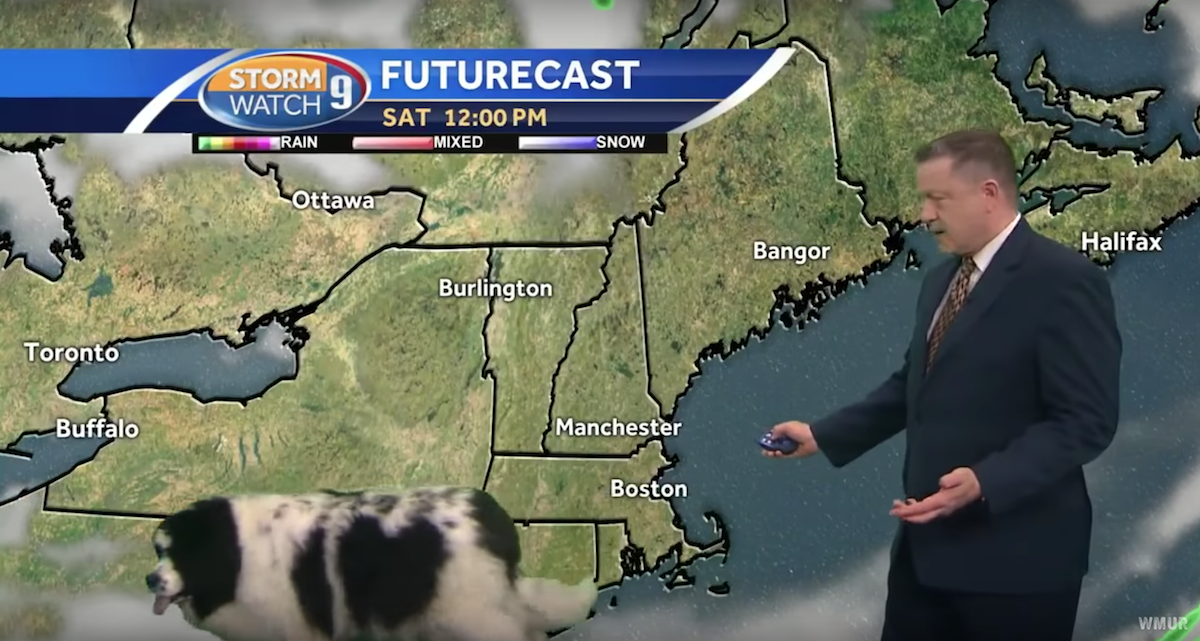 “The sunshine increasing and… there is a dog behind me,” Josh said before starting to laugh. The fluffy Newfoundland casually strolled by in a “don’t mind me” kind of way stealing the entire show.

“It was very early in the morning and all I knew was that as I’m doing the weather, I suddenly see a dog walking behind me,” Josh Judge told The Dodo. “My brain was like, ‘Did a dog just walk behind you?’ I had to pause for a microsecond to make sure that’s what I had just seen!”

It turns out the dog was actually supposed to be in the studio for an upcoming feature on veterinarians, but Josh had no idea. Owned by Josh’s colleague and weekend news anchor Amy Coveno, Bella is a gentle giant who just couldn’t wait to get her screen time!

“I was terrified that Josh would be mad at me or that I would get in trouble at work,” Amy told The Dodo. “But Josh is a PRO. We’ve worked together for 10 years and he made her part of the forecast.” It was a hit with everyone in the studio, and the viewers really seemed to enjoy it. We call that a success! 😀