During the final five minutes of the soccer match between Unión De Santa Fe and Gimnasia in Argentina, a friendly pooch named Roberto decided to call a timeout and stop the action for a very important reason: he needed some pats.

Right in the middle of play, the dog strolled onto the field without shame and started rolling around on the grass. It wasn’t long before the good dog was surrounded by the players. 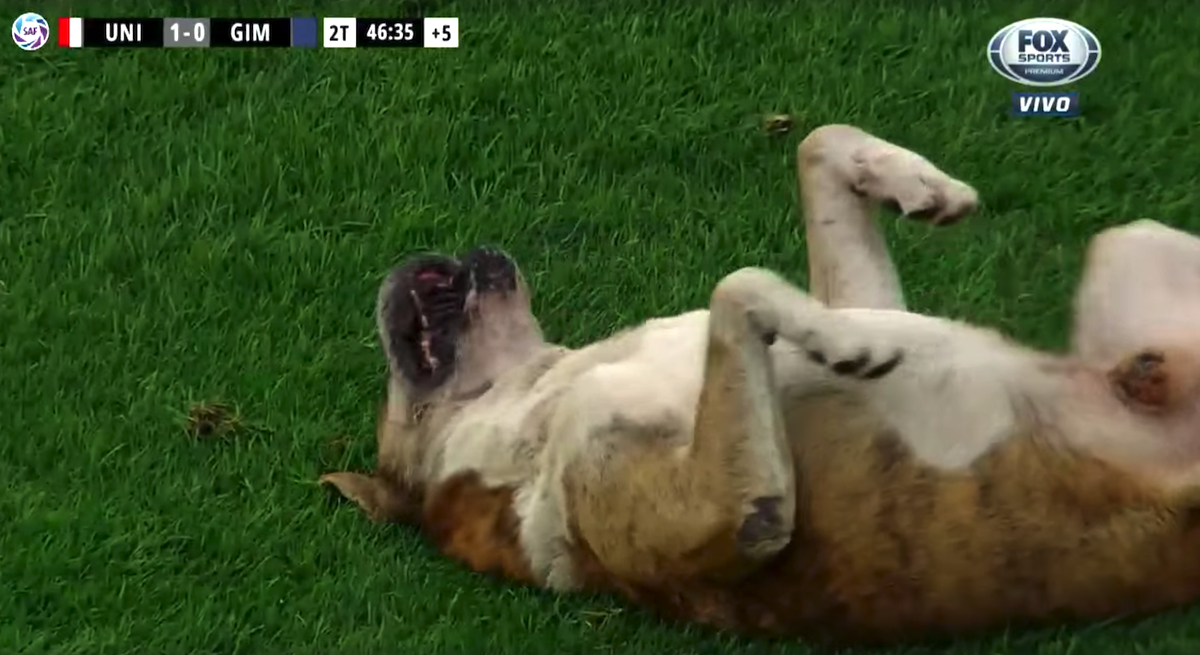 The players were more than happy to accommodate the dog’s wishes and show him lots of love while petting his noggin. The crowd also seemed to enjoy this unplanned intermission! 🙂 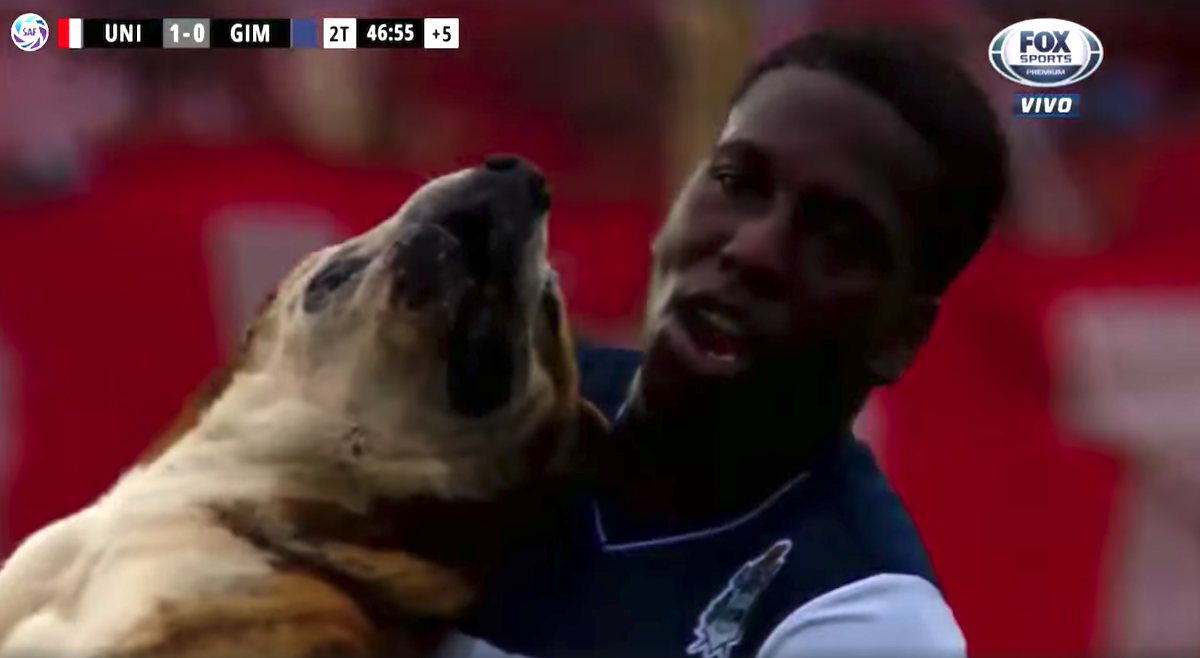 Roberto’s home team, Unión De Santa Fe, was leading 1-0 at the time of the interruption and went on to win the match. This led the opposing team’s manager to jokingly speculate if this was all a ploy to help Unión De Santa Fe clinch the victory. 😀

But Roberto could never be put up to such a thing, he’s way too wholesome and loving for that. 😉

“He is a good dog and people love him,” a spokesperson for Unión De Santa Fe told The Dodo. “He’s our team’s dog. The members of the club attend to him as if it were their own.”