Ethan Cole looked into his backyard to see his German Shepherd rescue, Ike, running along the fence back and forth. It was then that he noticed another animal on the other side of the fence doing the same thing as if they were chasing each other. It was a wild deer. 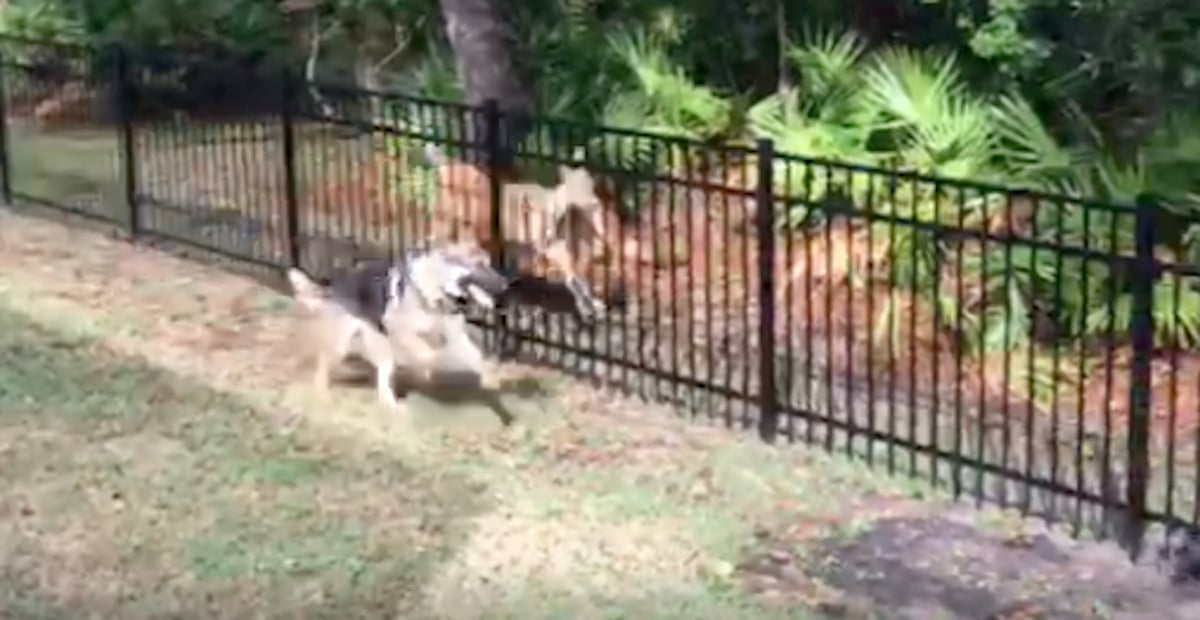 Ike is a silly boy and very friendly, so it wasn’t exactly a surprise to his owner that he befriended a deer in which to play a game of tag. But it was something he’d never seen his dog do before. 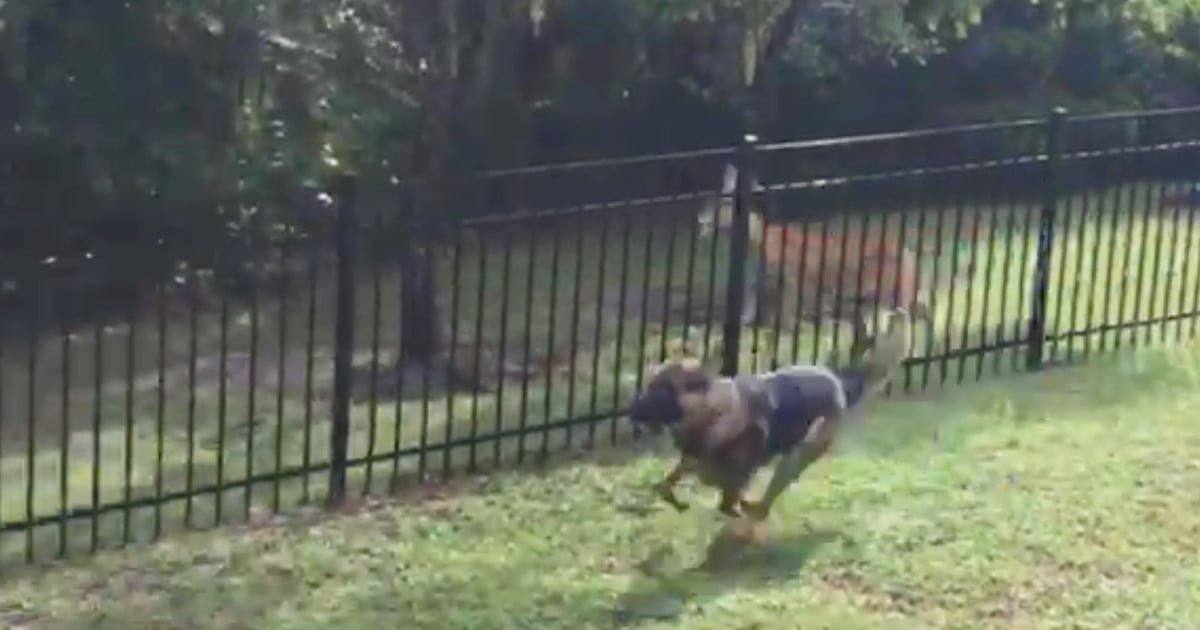 Ike would chase the deer in one direction, turn around and run the other way with the deer now chasing after him! This went on for a while as Ethan’s mother’s dog, Hobbes, watched with great interest and curiosity. Thankfully, it was all caught on camera! 🙂