A woman in Screven County, Georgia, has been caught on camera and identified after abandoning her dog at the dumpsters of a trash collection site. In the video, you can see her pull up in her truck, open the tailgate, and drag the crate over by the dumpster before driving away for good. The little dog looks so lost and scared and even approaches the next people who show up. 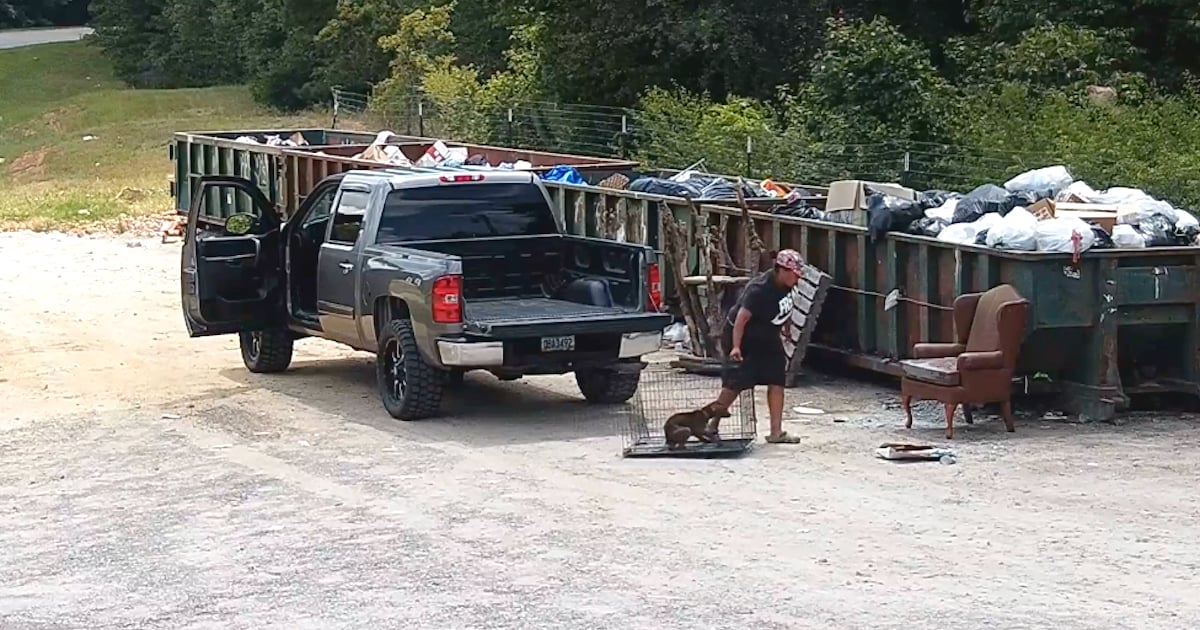 Screven County Animal Control contacted the Screven County Sheriff’s Office who asked for assistance in identifying the woman responsible, and the intel led to 30-year-old Jacquelyn Symone Roberts, of Sylvania, Georgia. She was arrested and charged with Cruelty to Animals and Abandoning a Domesticated Animal. The woman was then released on bond pending further court proceedings.

The Screven County Sheriff’s Office Facebook page said the dog was picked up and is in good hands and being cared for until he finds a forever home.

“She had options available that she didn’t take any of them,” Kile told WTOC. “They were there. She just wouldn’t take them. Why? Lord only knows. But there’s no sense in an animal suffering like that animal has suffered.”