For the first six years of Cooper’s life, he was chained up outside around the clock. He couldn’t run and play and never received affection of any kind — until the PETA fieldworkers showed up. The good boy was so happy to see them and have some company that he couldn’t hold back. 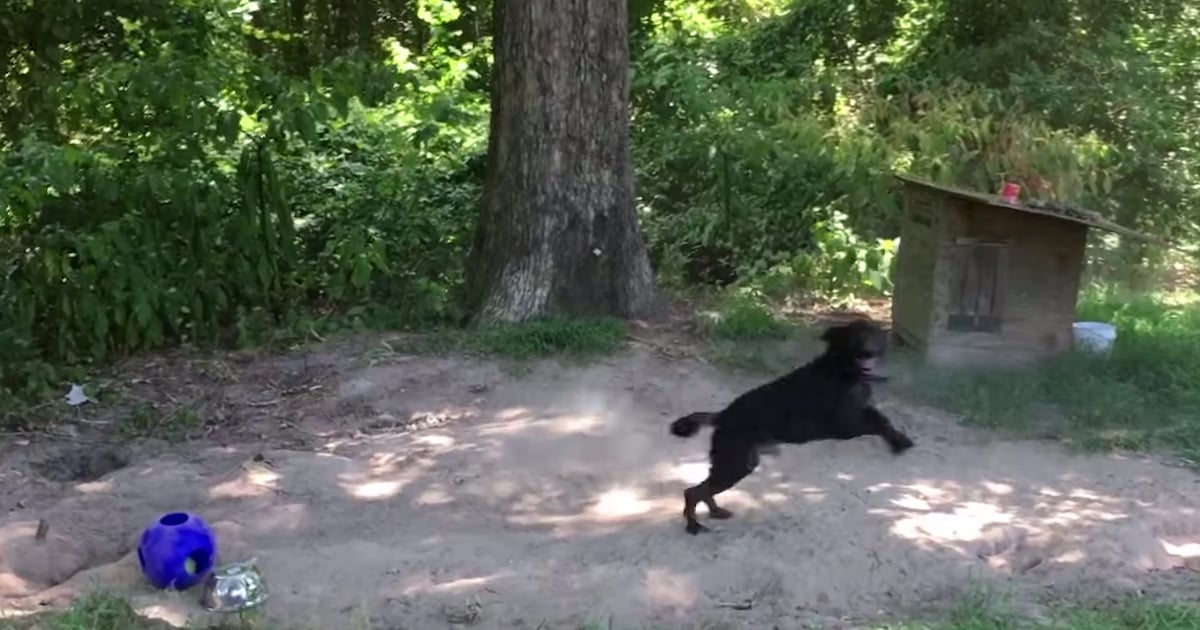 The dog was losing fur from as the result of an untreated flea infestation and was so lonely. But the day rescuers took him in would be the first day of his brand new life, and Cooper wasn’t going to let the past keep him down! After several nights at PETA’s shelter, Cooper was transferred to the Virginia Beach SPCA and adopted! He now lives with his new mom and new best friend, Jessie. The dog lives inside, has his own soft bed, and has the freedom to run and play untethered! Take a look at his life today. 🙂