A dog named Chaplin had been roaming the streets for two years when Hope For Paws received a call for rescue. When they arrived on scene, they saw the dog was tied to the fence of the only person in the world he trusted — the man who fed him. 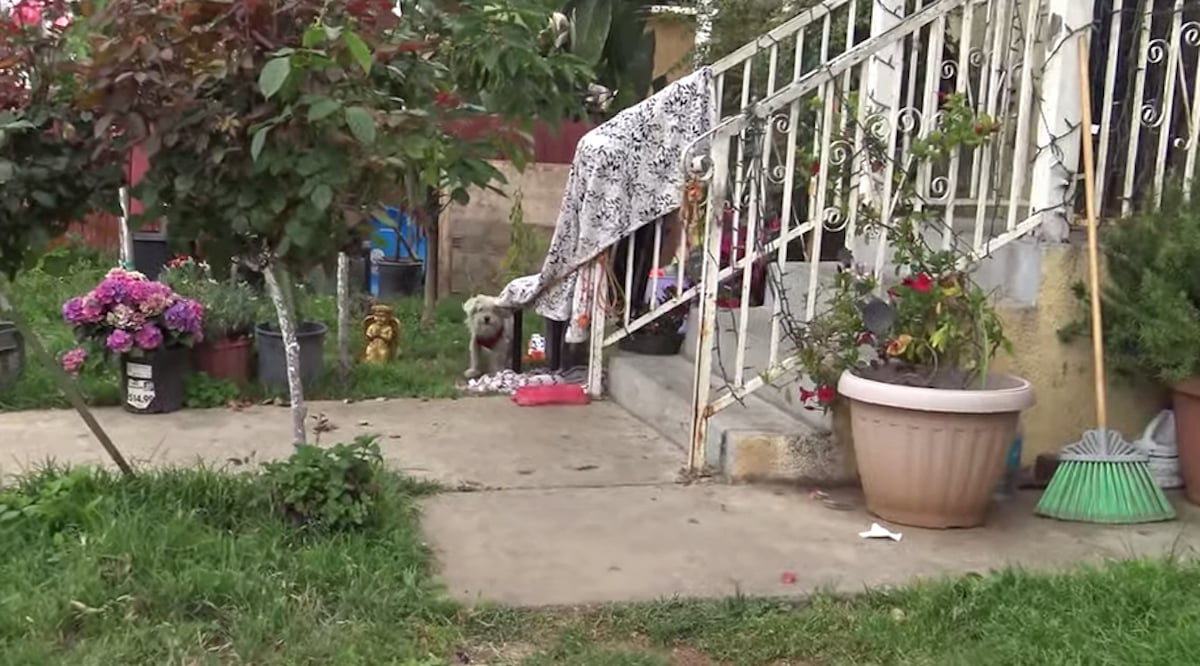 The dog was so scared, he defecated out of fear. The rescuers rushed over in such a hurry that they didn’t have time to stop and get treats or a cheeseburger, but a little girl gave up her sandwich out of the kindness of her heart. Food goes a long way in helping a dog learn to trust. 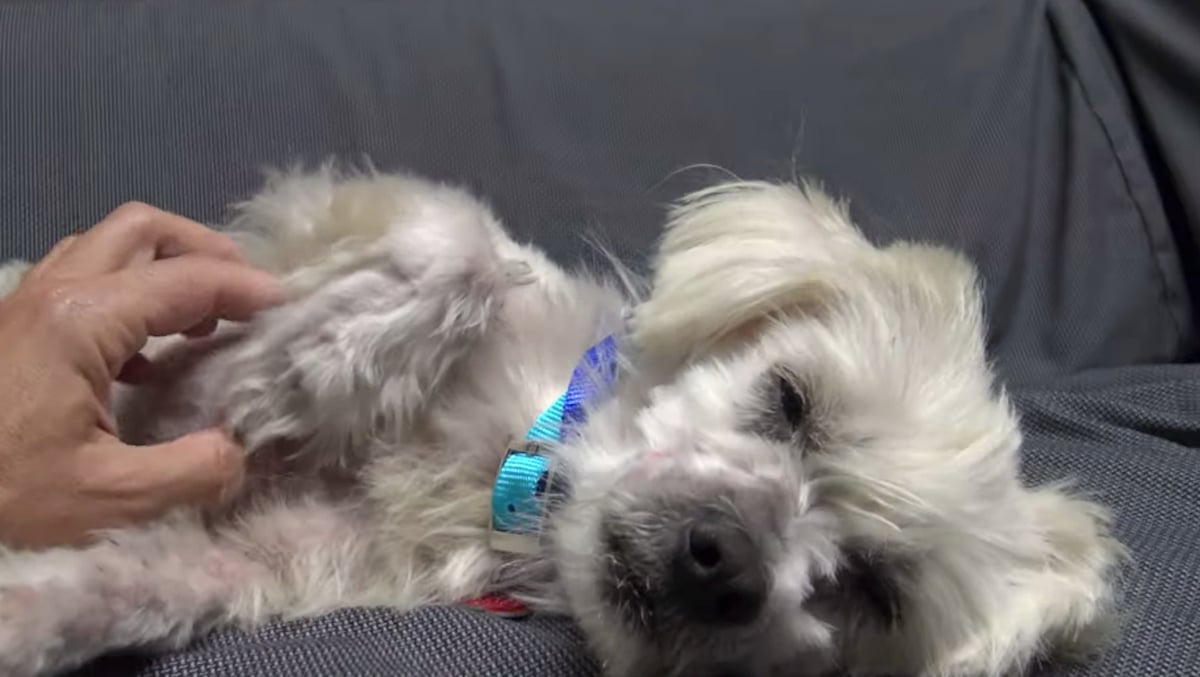 After 30 minutes of rest and bonding, it was time to head to the hospital for medical care. Chaplin suffered from flea dermatitis and needed a medicated bath. He was so tired and exhausted from life on the streets, and he took a well-deserved nap!