The CRR Symphony Orchestra was preparing for a performance in Istanbul at the concert hall when they encountered an unlikely intruder and sweet little distraction. You can see the surprised looks on the musicians’ faces as they notice the little kitten rubbing up against them for some attention. 🙂 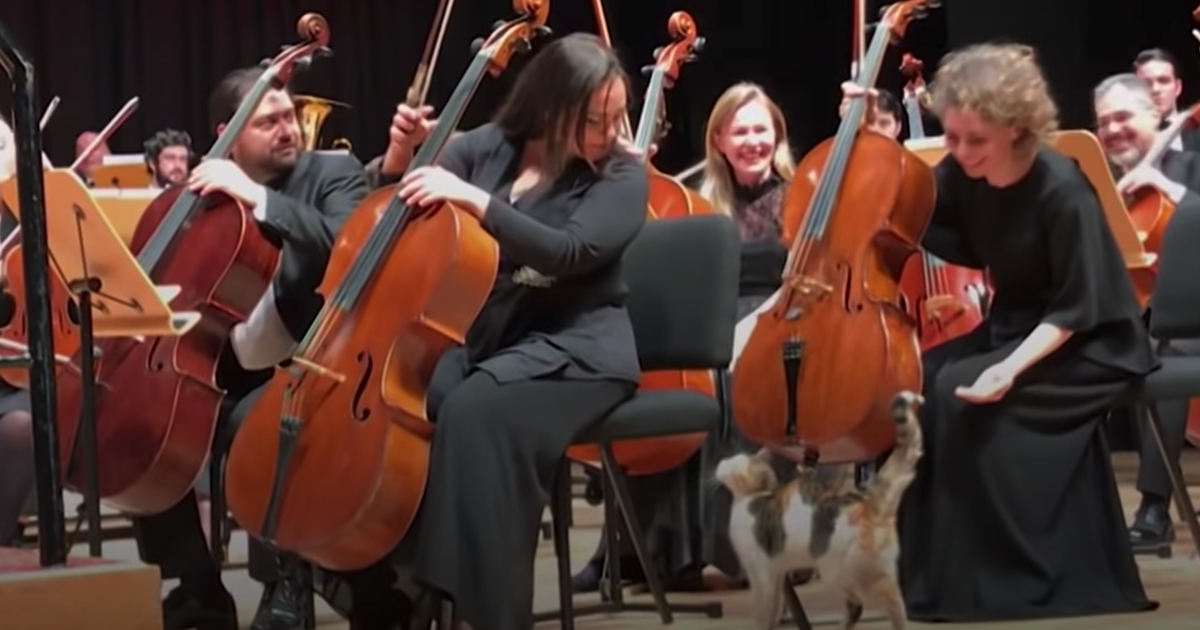 The cat just wanted some affection and pats, and he even approached the conductor which prompted some laughs from the audience! The cat is one of several feral cats in the area who often hang out in the foyer before shows soaking up all the attention they can receive.

As the orchestra plays on, the cat sits and listens on the edge of the stage facing the crowd as if he’s a security guard. Too funny and too cute! 😀