Ray Kinz went to the Niagara SPCA and asked for the dog who was the oldest and longest-tenured at the shelter. And that’s when they introduced him to Bonita. Bonita had been at the SPCA for 500 days, and she was 6 years old. She’d arrived to the shelter as a stray, and people constantly passed by her kennel without adopting her. 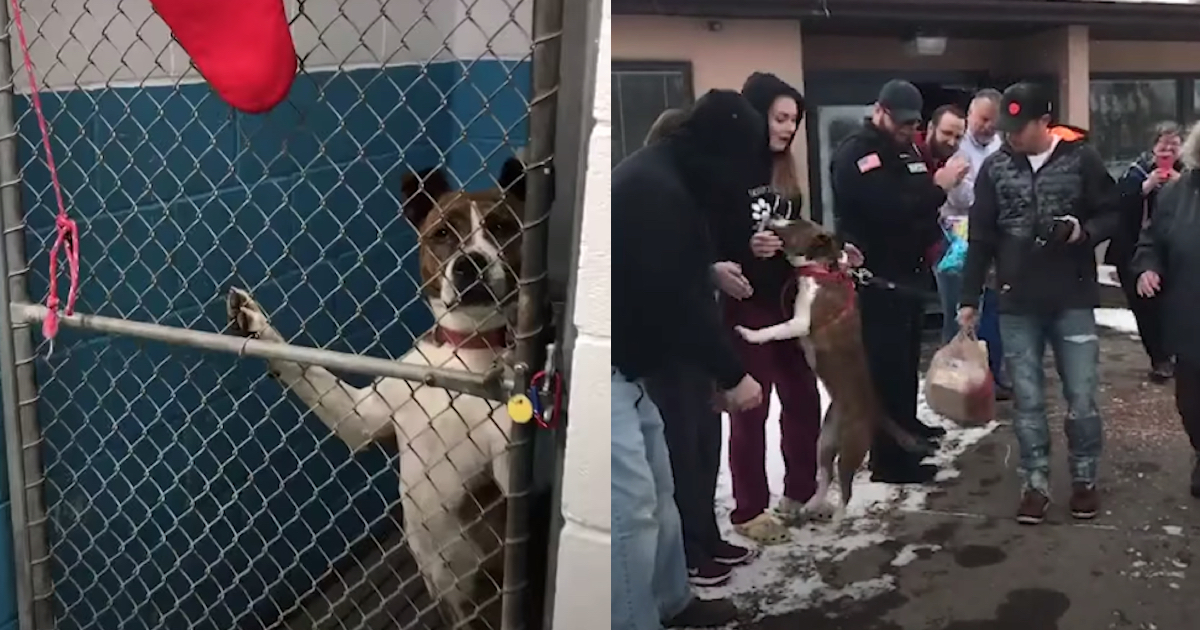 As soon as Ray met her, he knew she was coming home with him. And on that day, it’s as if she knew she was leaving that kennel forever. Bonita was so excited while taking that victory walk out of the shelter, and that enthusiasm never let up even after she stepped into her home for the first time!

She immediately played with her new toys and experienced a plethora of firsts in this second chance at life. How did it take so long for this sweet dog to find a home? All a dog like Bonita needs is an opportunity! 🙂