An American Bulldog puppy was only 5 weeks old and weighed only a pound when he was abandoned by his breeder. The tiny pup looked strange because of a cleft palate and he was sick, so he was not wanted or needed. But one man’s “trash” would become another’s treasure. 🙂 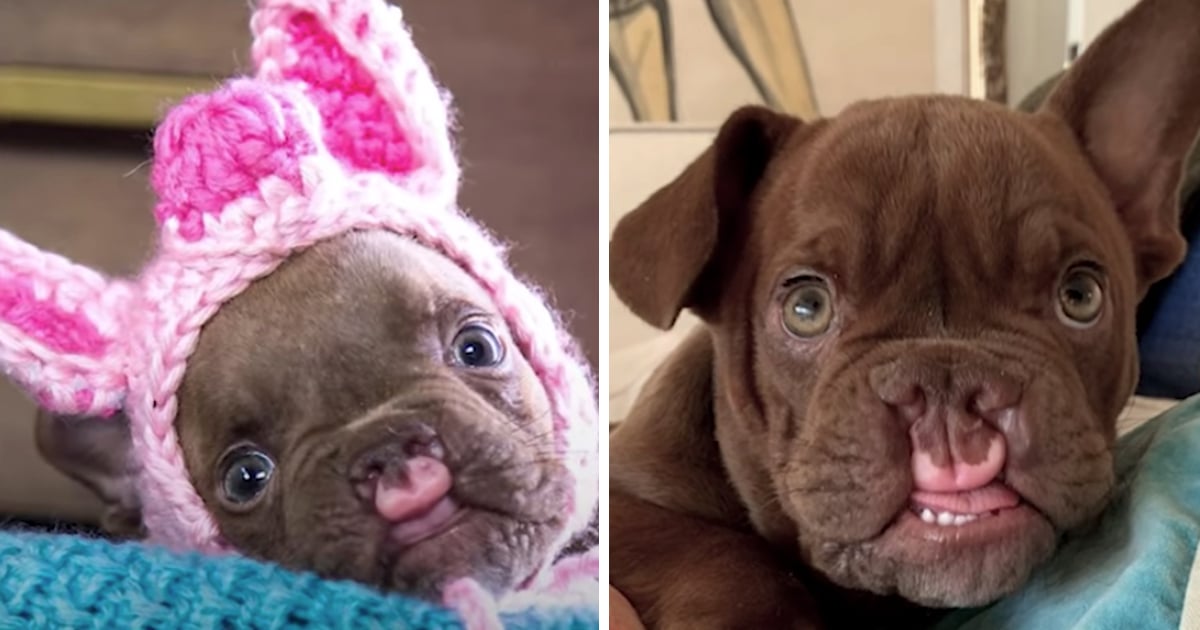 The dog was taken in by Road Dogs & Rescue, and his foster mom helped raise him into a much happier and healthier dog. Puppies with a cleft palate require extra care as they have a hole in the roof of their mouths and require tube-feeding, but she thought he was totally worth it!

BigRig found a loving forever home with two big sisters, and the once unwanted dog is now just as loved and spoiled as any other pet. See his new life in the video below!