Hope For Paws received a call about an abandoned pit bull in a residential neighborhood. When they arrived, they found the sweet girl hiding from the world underneath a vehicle. Neighbors said the dog had been circling the block for a week or so. Animal control had tried rescuing the dog a few days prior but failed. And it’s easy to see why. The girl was so scared she wouldn’t let anyone near. So Hope For Paws decided a humane trap would be the best way to capture her. 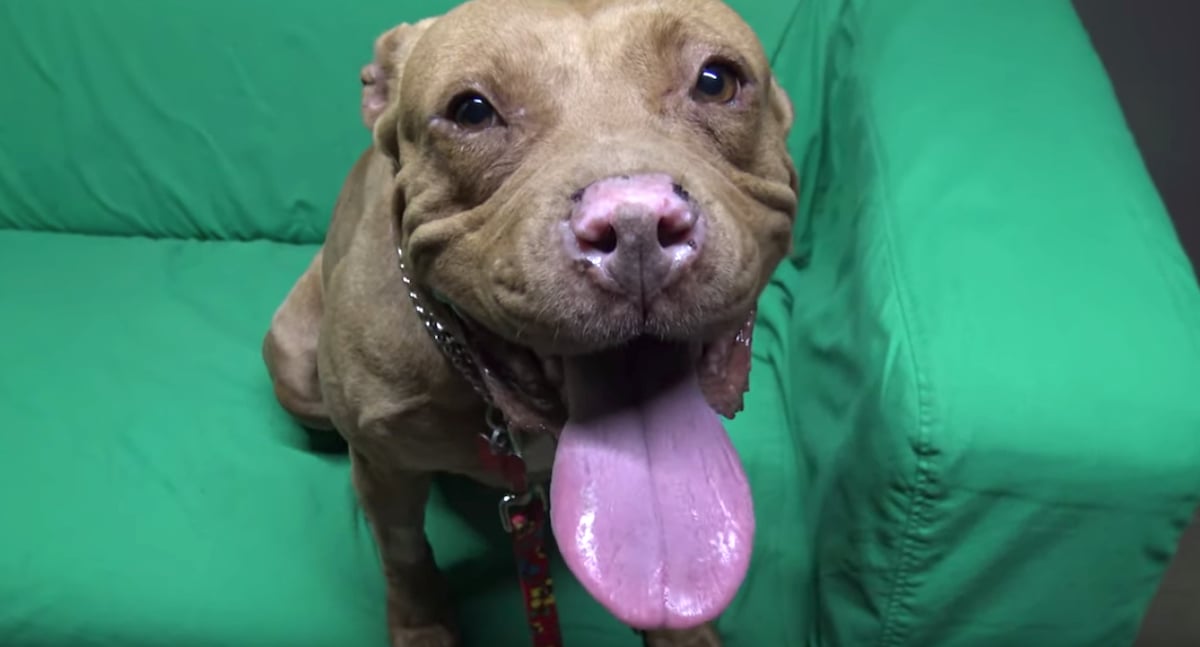 And luring her into the crate worked! They named the pit bull Acacia and got to work to make her feel loved and healthy once again. The dog suffered from a perianal mass under her tail and a mass on her eyelid. But first, a nice bath!

Only after Acacia was feeling better would they remove the masses. She is now being fostered by It’s The Pits Dog Rescue while she recovers and waits for a loving forever family. 🙂

Rescues like this are made possible by small donations to Hope For Paws and the sharing of their videos.