Animal Control officer Diane Desrosiers helped 10 ducklings who’d wandered onto a roadway in Southgate, Michigan, after losing their mom. She loaded them into a pet carrier to keep them safe until she could come up with a plan. That’s when she got the idea to drive them to nearby South Winds Golf Club where a wild duck named Stella had recently given birth to nine ducklings of her own in one of the course’s ponds. 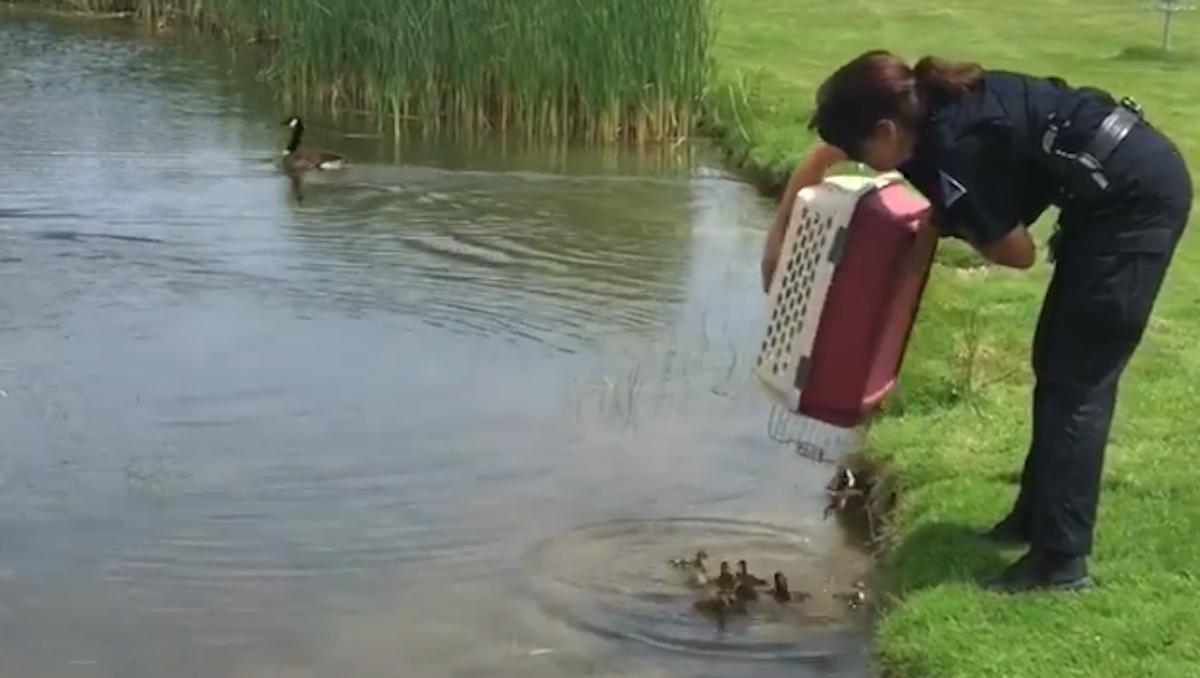 Pro golfer Chris Grandy filmed the moment the ducklings were dumped into the pond, and what happened next he described as “the most precious kind of thing I’ve ever witnessed.”

As soon as the ducklings hit the water, Stella swam over to them right away as if she realized they were without a mom and needed help. She gathered them up and led them back with her family and adopted them on the spot.

Isn’t it amazing? Stella’s maternal instinct kicked in, and now the 10 ducklings are back to living a normal life with a new mom. 🙂

“They lost their mom and now they got a new mom,” Chris Grandy told FOX 2 News. “It was the most precious kind of thing I’ve ever witnessed. It was such a motherly thing.”